My Sim traveled to Batuu and wants to freshen up in the dwelling. Unfortunately this leads to the game freezing up. All I can do is close it through the task manager. 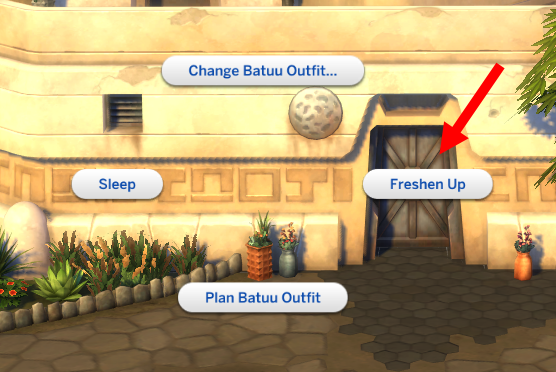 The main issue is that I can’t progress in the Batuu missions if the game freezes before the Sim gets a chance to tick off the task.

This looks to be caused by the reward trait Steel bladder. It’s possible that other traits that freeze or slow down needs are also at fault.

The Queue fills up with empty entries until at some point the game freezes and crashes.

Sleeping doesn’t seem to cause any issues. It’s only Freshen Up.

How to use Cheats

Do the following steps to use the cheat console

The easiest solution is to remove the trait while you are in Batuu and then re-add it once the Sim is back home.

Use the following Cheats to do this