The future cubes/Clay spaming was fixed in Patch 1.68.154/ 1.33. There are still a few minor issues with the NAPs but in my eyes the main issues are fixed for now

This problem was partly address in Patch 1.65.70. The issue with action plans from other neighborhoods getting applied to all NPCs have been fixed but there’s still an issue with Sims that have already been bugged and rotational game play.

I’ve updated this article to reflect the newest changes.

I installed the expansion pack Eco Lifestyle  and now everything seems to go wrong. Among others I have the following issues: 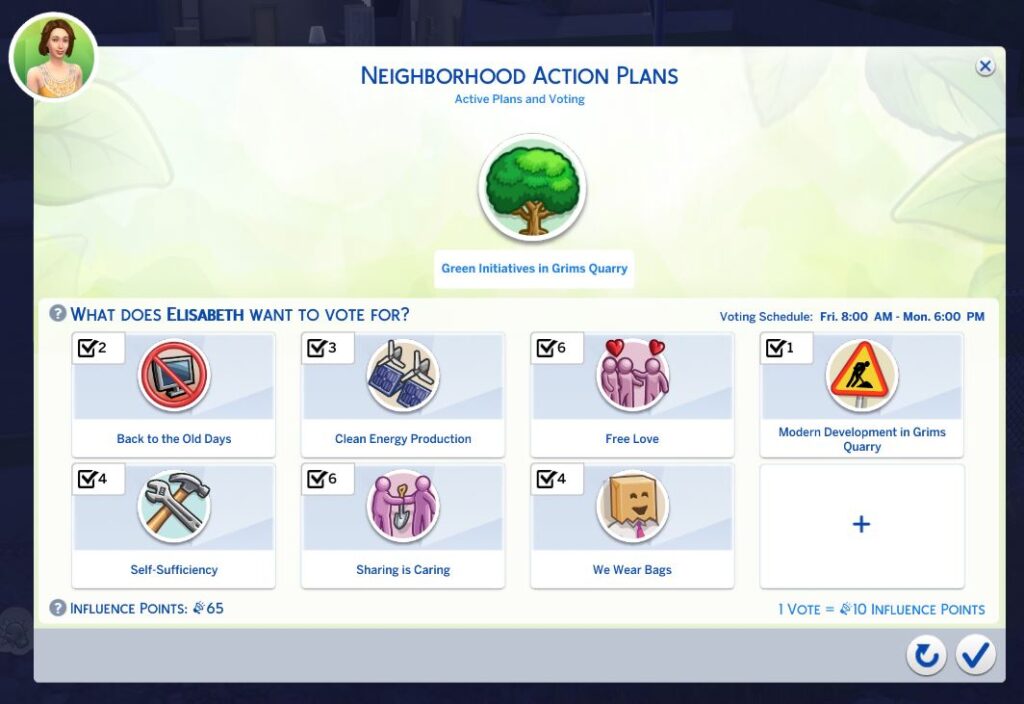 The cause isn’t clear in every case but the main cause for this are the neighborhood action plans (NAP). Apart from a few bugs, the plans seem to be very much overpowered and the pushes that make Sims do stuff are way too high.

The NAPs all have different properties that makes the NPCs do stuff and that with no limit.

The action plan Sharing is Caring for example make NPCs take your furniture on the active lot and so that soon there’s nothing left. Free Love allows it that each Sim can flirt with others without consequences and other plans make Sims cook, make music or play with the future cube and the lump of clay

Active Sims aren’t supposed to be pushed but playing rotationally can also make them engage in activities you don’t want them to, free will on or not.

. This issue has been fixed

–> This issue has been fixed

–> Affected save games are being repaired automatically.

Currently I believe there’s 4 bugs still active that can account for the behavior seen in many games. The main issues have been fixed. It’s unclear what issues are still present with Sharing is Caring.

The following list shows which action plans cause which issue

Information
It’s no longer necessary to clean up your saves. That happens automatically now. Please see How to prevent further issue if you want to turn off NAPs
How to use Cheats

Do the following steps to use the cheat console

Cheat to remove commodity for each NAP

To solve the current issues with Action Plans on existing saves, there’s a few things you can do. All of them are only temporary and involve a lot of work to clean up existing saves.

Make your own decisions which route is the best for you.

How to prevent further issues

If you’re starting a new save, it’s best to turn off NPC voting in the options. This way you can control which action plans are active or have non at all. Action plan auto-voting is in place for all neighborhoods that have households in your households (so if you favorited families in the household manager or played with them, the neighborhood they live in becomes eligible for auto-voting). Be aware that there’s another bug where you will still get messages for NAPs being put in place but it’s just a faulty message, they aren’t really in place. 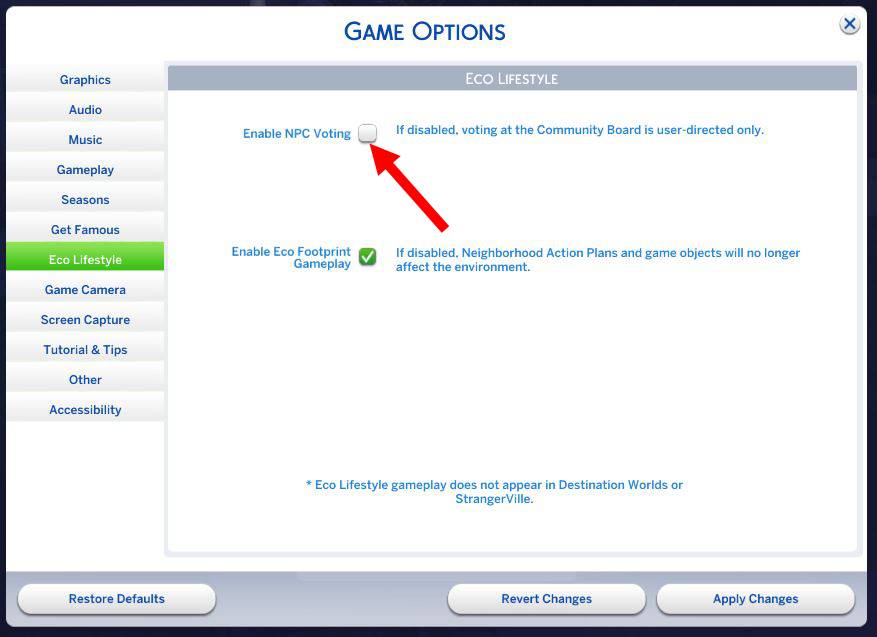 If you already have existing NAPs you want to repeal you can do so by either choosing Repeal Neighborhood action plan or via cheat (testingcheats true -> Shift-Click on the mail box or the board). You do need to switch to a family that’s lives in the neighborhood to do so. 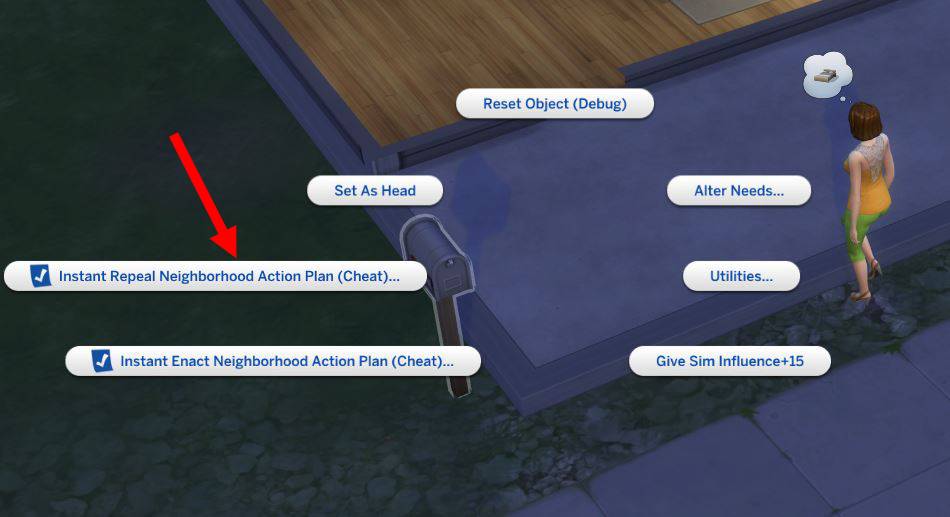 Mods that help with the issue

Please click me too on this thread if you have the issues:

Further AHQ threads on the issue