This FAQ is mainly written for Windows users. Most things also apply to Macs but since I don’t know too much about them, they are simplified. For a good source on Mac issues, go to bluebellflora.com

What is the Legacy Edition ?

EA/Maxis dropped the support for 32 bit Windows operating systems and Non-Metal macs with Patch 1.58.63. So players on older systems can still play the game and packs they already bought, the Legacy Edition was created.

The Legacy Edition only supports certain packs. there will be no further updates and online Features like the gallery are not supported.

When do I need the Legacy Edition ?

Some players got the message although they fulfill all the requirements. You can ignore the message if you are sure that you have a 64 bit Windows operating system or a metal mac that has at least MacOS El Capitan installed. You should be able to play anyways. Make sure you have set the 64 bit Version for Windows on Origin and not the Legacy Edition.

How much does the Legacy Edition cost ?

The Legacy Edition is free for everyone that owns the Sims 4 Base Game.

What happens to my Mods and Savegames ?

After installing the Legacy Edition and starting it for the first time, the game will create a copy of your user folder in Documents\Electronic Arts\The Sims 4 Legacy Edition. All your saves games will automatically appear in your game. This is also true for Mods/CC/Music/Screenshots and Videos. Mods/CC need to be re-enabled in the game options as always after a patch. Also make sure the mods/cc are compatible with the edition you use. Don’t update any of your mods as the Legacy Edition seems to be at state of Patch 1.56.52.

There are several causes if your save games do not appear on in the game It’s possible that the copy process didn’t work properly. especially if you are using OneDrive. Try to find out which folder the game now uses and just copy your old saves/mods/cc over to the new folder. Copy for example the saves folder from Documents\Electronic Arts\The Sims 4 to Documents\Electronic Arts\The Sims 4 Legacy Edition

Please also be aware of the following things:

How do I uninstall the Legacy Edition ?

Officially the only clean way to remove the LE is to uninstall the whole game and reinstall it without the Legacy Edition. This is the only supported method.

Theoretically it’s possible to just delete the entire Delta_LE folder (make sure you have enough rights and if necessary, delete all the files manually from each subfolder) and get rid of the Legacy Edition this way. The use of this method is at your own risk. It’s always good to make a backup of your user folder beforehand. 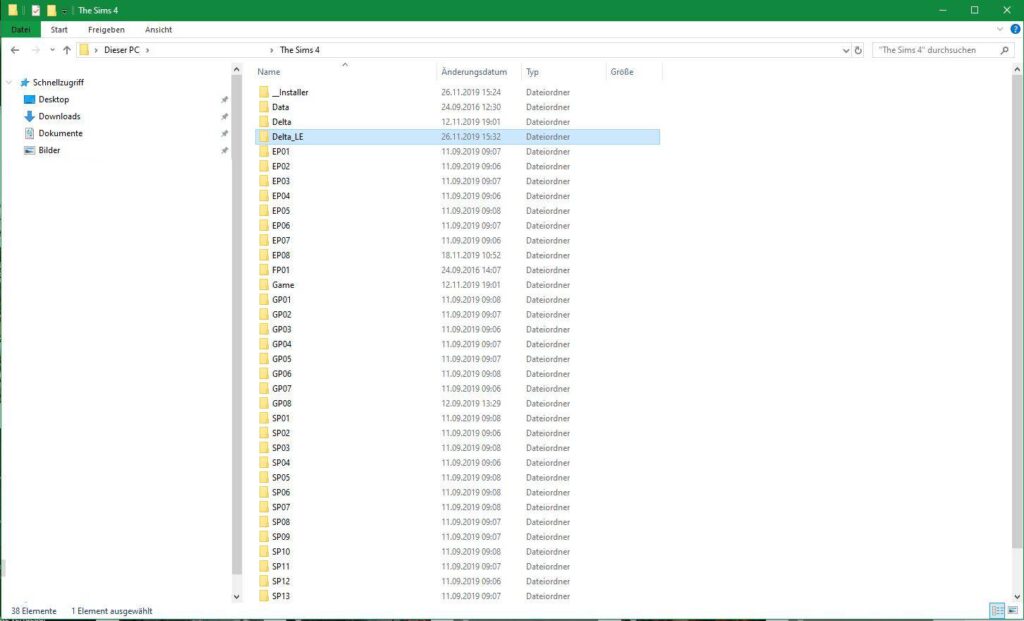 As soon as the Legacy Edition is added to your account (which happens if you actively add it) it will probably redownload with every patch like any other DLC. Delete it from the Download queue as soon as it adds itself. Turning off automatic Updates should prevent Origin from downloading it though.

How can I go back to the Standard Edition (Requirements fulfilled)?

You can set in Origin which version you want to use. This is useful if you downloaded the Legacy Edition by accident or Origin asked you to do it although you don’t need it. You can uninstall it but that can get annoying quickly and if you don’t mind the hard drive spaces it takes up, there’s no reason to remove it. 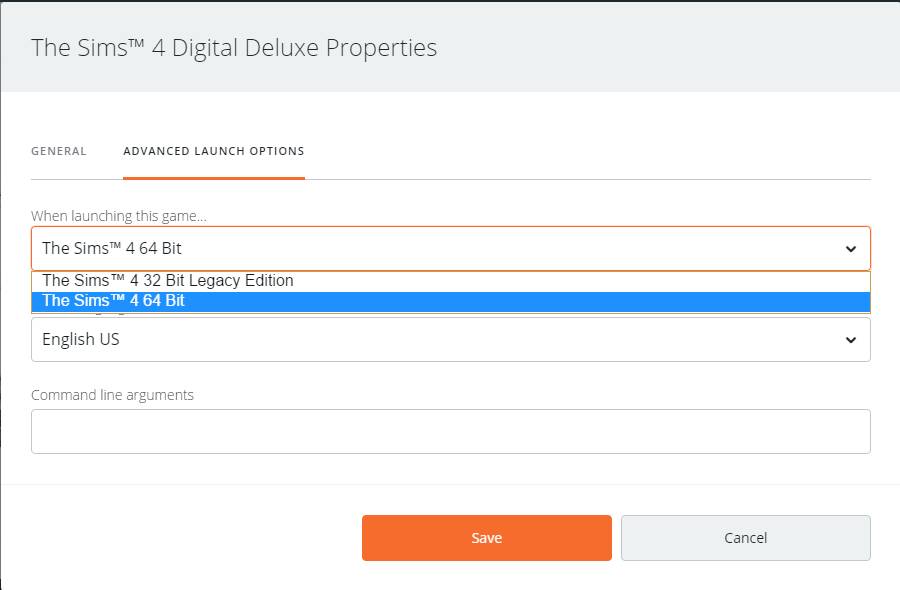 If you don’t have this selection, you’re probably either on a 32 bit Windows, in which case you’ll need the Legacy Version or you are playing on Mac which is 64 bit anyways.

How can I go back to the Standard Edition (Requirements not fulfilled)?

In 2 of the 3 cases it’s relatively easy to upgrade your computer that doesn’t fulfill the requirements. It’s often not necessary to invest in new hardware.

Case a: Computers with 32 bit Windows

Please follow instructions given by Microsoft or get help as you will need to reinstall the entire operating system. Make sure to backup your data before doing this.

If you have less than 4 GB of RAM, I would suggest looking at your system to find out if it’s worth upgrading or if you should get a new computer instead.

You can easily update to a newer operating system for free and then you’ll be able to play the Standard Edition again. Find out which one is the best for you and install that. Make sure that any older Software you regularly use, is also compatible with the higher OS Versions.

Will I get future Bug Fixes and Packs ?

No, the Legacy Edition is frozen at Patch 1.56.52. I did some testing and that seems to be the patch level it’s at.

The reason for this is that the Legacy Edition was created because support for 32 bit/non-Metal is ending.

Why am I still asked to patch my game with the Legacy Edition ?

It seems the game Origin is just patching all games as the Legacy Edition acts as DLC. The patch will simply be ignored by the game itself. The Legacy Edition doesn’t need any more patches and you can just turn off automatic Updates.

Online features can lead to incompatibles games that are at a lower patch level. Because of this the Gallery was removed from the Legacy Edition.

Which Packs are supported ?

All packs that were released before Nov 13th 2019 will run with the Legacy Edition.

The requirements on Origin lists a 64 bit operating system as necessary on all packs since the Cats & Dogs patch. This doesn’t mean that it won’t run. It just means that you won’t get support if it doesn’t.

Realm of Magic is the last pack that still runs, Discover University is the first that doesn’t run anymore.

How do I know which Edition is running for me ?

Start the task manager (ctl-alt-del) and find Sims 4 in Processes. It will either say The Sims 4 Or The Sims 4 Legacy Edition.

The version number on the menu also tells you which version you are running:

Where can I find the files for the Legacy Edition ?

The Legacy Edition is installed as DLC  in the Sims 4 Installation folder. There

After starting the game for the first time, the game also creates a new folder in your user folder called The Sims 4 Legacy Edition in. You’ll find all save games, mods, screenshots, tray files, etc. there.

How much disc space does the Legacy Edition need ?

The base game without the LE currently uses around 15 GB of hard drive space. Each pack has around 1-3 GB and for each pack you need 200 MB LE .

How do I create a shortcut ?

There are two executables:  Ts4.exe und TS4_x64.exe. The game automatically creates a short-cut on your desktop for TS4.exe if you patch or install a new pack (except if you deselected the option on installing the game). It doesn’t matter which file is executed. If the games runs in 64 bit or Legacy depends on your settings in Origin.

If you don’t have a shortcut, you can manually create one.

How can I add the Legacy Edition to my children account ?

Unfortunately is the Legacy Edition a DLC and can’t be added to a children account.  The only option to try is to contact EA Support.