Be aware that the error number you get is important in it’s whole length. If you have different code, your issue is different from this one and might be mod related. See Further Reading for similar Issues or check this post: Loading a family just reloads the map

The game doesn’t allow babies or toddlers (and probably also children and teens) in the dorms. Unfortunately it’s possible to have them anyways if an NPC gives birth while living in a dorm.

If you play a Sim that gets pregnant, the Sim has to move out of the dorms by the beginning of the third trimester. This doesn’t happen with NPCs households.

If your using MCCC Story Progression it won’t take long to get pregnant Sims in households in dorms and that can lead to problems. The same happens if your active Sim lives on a different lot and gets a Sim in a dorm pregnant.

The actual problem does only occur if your active Sim that used to live on a different lot now wants to move into a lot with a baby. If you load the household with the baby, nothing happens and you’re asked to move the Sim out. You can also play a different lot until the Sim with the baby has finished uni and moved out on their own. That should also lead to no issues.

All of the following is necessary for this error to occur

If you now try to load that lot, you will get the error message and afterwards the dorm shows as incomplete (green exclamation mark)

I didn’t test all the scenarios but I do believe the error only occurs if a household-NPC in a dorm has a baby and the active sim wants to move in. In all other cases they will be asked to move out.

It’s best to avoid babies and toddlers in dorms and if a NPC gets pregnant, play them so they get moved out (or move them out through the household manager) before you send an active Sim to that dorm.

Steps if you can no longer load the dorm

Save your game under a new name in case something goes wrong.

If the active household doesn’t load anymore and you’re greeted with the error message, moving out through the household manager is the only solution. This means that your Sim can’t live at the dorms for another term but he’s still enrolled and can go to classes. You can then put him into the dorms again starting with the next term.

If you did this, the dorm will now show with an orange exclamation mark and you should be able to go to buy/build mode on the map. 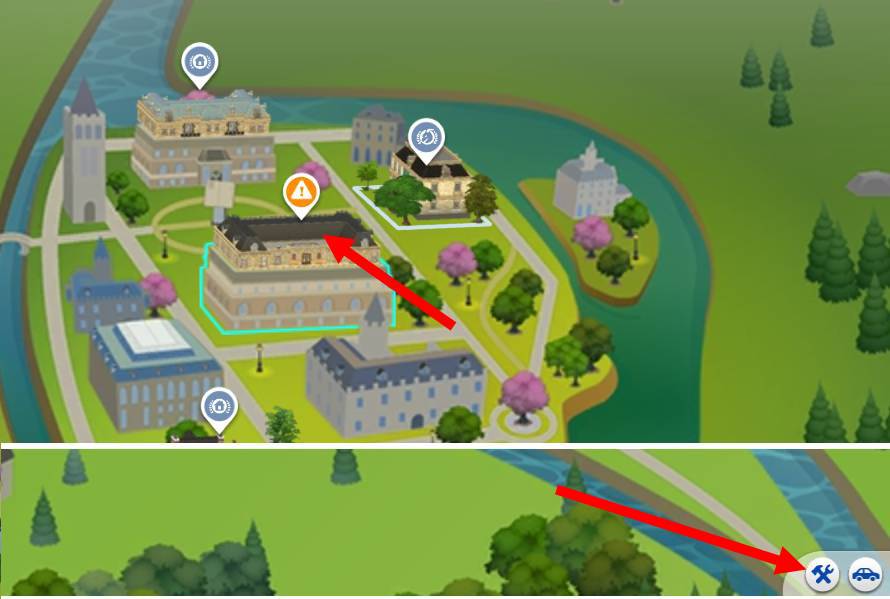 Do this, then leave without changing anything.

The exclamation mark should now be gone and the original household with the baby should show. 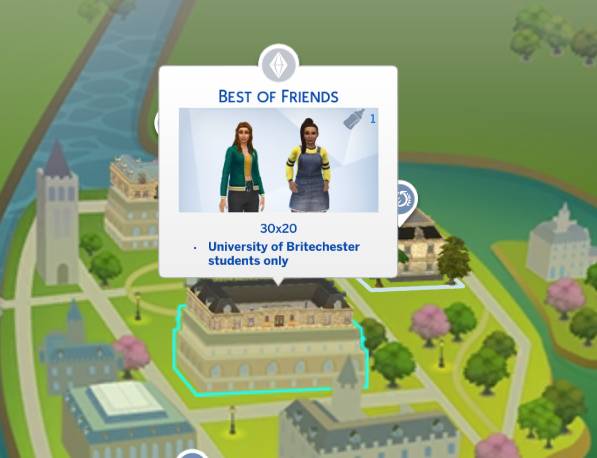 You need to move this one out now as well to avoid further issues. You can either play the household and trigger the Pack Up event or just move them through the household manager.

It’s also possible to directly move out the household with the baby through the household manager but it has the same effect that your active Sim will no longer live in the dorms. On top of that I had several freezing problems when trying this.

[FIXED] Save Error 510:5bd7fa0b [MOD RELATED] Sims in dorms can’t use the elevator